Born in Hoboken, New Jersey, the young Doc played the accordion to entertain Dutch sailors at his Grandmothers  saloon  on the New York waterfront. 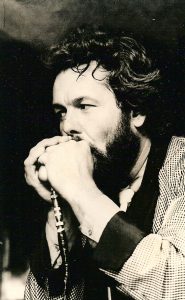 In the sixties he made Chicago his home and learned the harmonica at Blues Clubs like the Checkerboard Lounge and Ma Beas on the Westside, while working as a paramedic at the notorious Cook County Jail. You can read Doc’s Cook County Jail essay here .

After a stint in the Navy, in 1972, Doc hitchhiked through 12 Latin American countries, safely crossing dangerous borders  as a Minister and jamming with the locals. His move back to Chicago found him playing with Willie Kent and the Beehives. The band featured blues figureheads Fenton Robinson, Johnnie Littlejohn and many others. 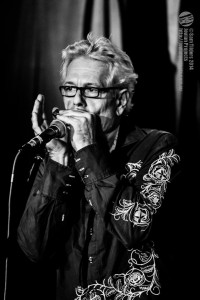 Forming his own band,  Doc Span Band, he made Santa Fe, New Mexico, his base for winter touring north to Alaska. Playing hundreds of gigs at Rocky Mountain ski resorts, risking his life driving through black ice and dodging knife wielding band members, he worked the circuit for several years. In the summers, he led a National Park trail crew on the spectacular continental divide while playing regular shows with the Summertime Blues Band at the Dew Drop Inn and the Packers Roost Tavern in Hungary Horse, Montana.

Doc landed in Australia in 1987 via an adventurous, multinational route. Since putting down roots here, he has played with Oz blues luminaries like Andy Cowan, James T, Fiona Boyes, Ross Williams, Jan Preston, Lil' Fi, Geoff Achison, and Kevin Borich. He’s played most major music festivals across Australia, thousands of live performances and dozens of recording sessions. Over the years , he has featured on many albums and released a few of his own, including the Sunnie Award winning acoustic blues CD, The Last Train, with Ross Williams. They are also published by Mel Bay USA with Blues Grooves, a blues harmonica instructional package. (more)  Doc’s last recordings are Live in Australia and an interpretative compilation called All About Sonny Terry and Brownie McGhee with Nick Charles. He’s looking forward to the release of Burning Memory later in 2016.